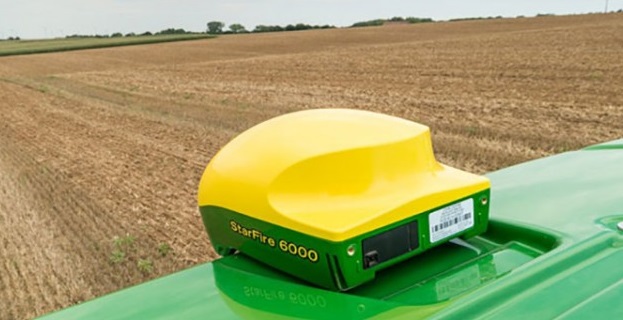 Supporting a customer in the Southern US experiencing issues with control accuracy. They described the problem as ‘blade shifting erratically’.

Initially, I was given some information about the case and some of the steps previously taken in an attempt to resolve the issue.  Once I had gathered some information I quickly started to suspect the GPS accuracy to be the inherent issue. The problems described were not a sudden erratic movement of the blade position as might be expected from multipathing and signal blocking but more gradual and slow movements throughout the day. This elevation ‘drift’ is more consistent with GPS drift. We had discussed Receivers and the users were already using SF6000 Receivers within a few hundred meters of the fields they were working.

Global positioning systems rely on radio communications to transmit the position of satellites in orbit to a GPS receiver on the ground.  Essentially this system acts as an extremely accurate clock transmitting time between satellite and receiver on the ground. Any interference or delay between the satellite and the ground receiver will very quickly result in inaccurate position readings. GPS satellites orbit around the globe about 20km above the surface, so calculating ~5mm elevation from 20km away is amazing.

When levelling or shifting dirt we are commonly most exposed to these shifts as vertical accuracy is much harder to achieve (relative to horizontal accuracy). A small movement of a few mm results in large earthworks volume differences. When trying to achieve sub 5mm accuracy all of the small things begin to add up very quickly, so best practices should ALWAYS be followed when levelling! NO SHORTCUTS! READ THE MANUAL!

Signal blocking is commonly seen in the agricultural environment when a receiver is operating close to a tree and direct line-of-sight communication of the very weak satellite transmission is obstructed.  Newer GPS technologies allow much faster re-acquisition of the communications and results in far less accuracy degradation from these types of interferences.

Multipathing is commonly seen when GPS receivers are operating close to large reflective surfaces. Buildings, sheds, water bodies, and when receivers are placed close to the ground.  Multipathing results in GPS movement similar to that of signal blocking and is commonly identified as fast or sudden movements of GPS position.

The suspected cause of GPS movements in this support case is commonly referred to as GPS drift. It most commonly manifests as slow or gradual movements throughout a day. It is commonly caused by atmospheric conditions or satellite orbit patterns.

The effects of atmospheric conditions on the communications between the satellite and ground receiver are most pronounced when the sun is low on the horizon (early morning or late afternoon). There is more atmospheric interference due to the sun’s low angle in relation to the atmosphere.

Another factor to be considered when struggling with gradual GPS movement throughout the day is satellite availability due to orbital patterns. GPS ground receivers perform best when many satellites are within view. As fewer GPS satellites are seen by a receiver, the GPS accuracy will be adversely affected.

There are tools available online for planning the GPS accuracy around these interferences.

In this support case, we addressed many of the potential causes of sudden GPS movements and quickly moved on.  The customer was reporting issues of gradual movement that they could follow by using the nudge to (somewhat )correct for the inaccuracy. This clue led me to consider drift as a possible culprit.

Identifying GPS drift as the cause.

To identify the GPS drift as the issue I have suggested that the customer take a receiver and attach it to a fixed point in the field and configure this receiver as a vehicle operating from the same base station as their levelling implements. I have requested they perform a static accuracy test at the site.

By configuring a receiver to log it’s GPS position for a period of time in a known fixed location we can then look at the change in elevation and measure the seen change in elevation the implement will experience throughout the day. This will help to explain any gradual shifts that have been caused by poor GPS accuracy.

Unfortunately, while this may explain the causes of movement there are not many solutions to these inherent issues.