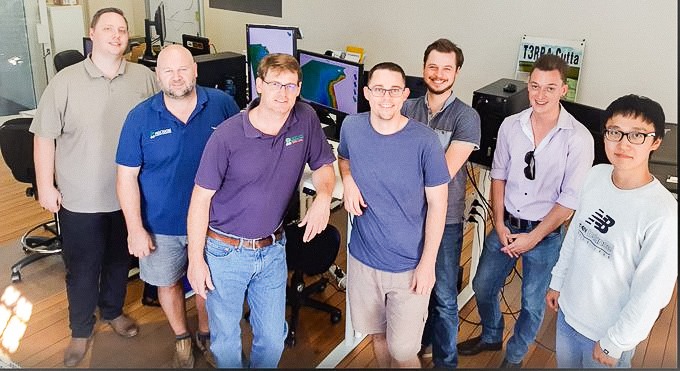 It’s not unusual for people to refer to us as ‘PTS’. After all, for the majority of our short life that’s how we have referred to ourselves. PTS stands for ‘Precision Terrain Solutions Pty Ltd’ – the name we were incorporated under in 2015. It was only in 2019 that we started operating under the name of ‘T3RRA’.

We wanted a broader name with less specificity around precision agriculture and terrain management. As we have grown it felt limiting to pigeon-hole ourselves into this specific niche. We also wanted to clear some of the marketplace confusion between PTS and PCT.

PCT, or ‘Precision Cropping Technologies’, was founded in 2001 and has been operating as a successful precision ag services company ever since.  So why the confusion? It’s not just the similarity of the 3 letter initials. Before PTS existed, the guys at PCT created ‘Terracutta’ – the precursor to the software we now call ‘T3RRA Cutta’. Terrain based water management was in PCT’s DNA from the outset as a large part of their customer base needed help with irrigation and drainage. They quickly became recognized experts in the area. As early as 2004 they had been working with John Deere on projects relating to landforming, water management, and assessing impacts on yield and productivity.

When John Deere needed help with improving the capabilities of their iGradetm product PCT were a natural partner to turn to. In 2011 PCT created Terracutta and started supplying it to John Deere dealers around the world. This situation persisted for several years. As both the product and the market matured a decision was made to spin the Terracutta operations off into a separate company that would be solely focused on the business of machine control. The shareholders of PCT turned to Stu Pocknee, an ex-employee and the original Terracutta developer, to form a new and separate partnership. And so PTS was born.

Given the history, it’s not hard to understand why there are many customers out there who still get confused between PTS and PCT. And that’s not a bad thing. If you are judged by the company you keep we are always happy to be grouped with PCT. But we are a completely separate company, independently operated and managed. Time will tell whether the name change will make any difference!

And why did the name ‘Terracutta’ get changed to ‘T3RRA Cutta’? That’s a story for another day…